I Mountain Days of El Espinar, by the White Bear Alpine Club

The Alpine Club Peña el Oso has organized a weekend dedicated to the mountain on the 4 and 5 days of October and invites, both its members and mountain fans in general, to participate and enjoy the activities They have organized.

On Friday 4 of October, at 20h., The First Mountain Days of El Espinar are inaugurated, with the collaboration of the Municipality of the municipality. The climber, climber and base jumper Carlos Suárez will be in charge of starting this initiative by sharing his experience in a conference supported by audiovisual material of his experiences and ascents. The colloquium will take place at the Nila Vicente de San Rafael Cultural Center (C / Doña Nila Vicente, 9), with free admission until the capacity is reached.

On Saturday 5 of October, the third edition of the High Route of the Gorge of the Moros River will be held, the most demanding of the Espinariego municipal term. The route has an approximate length of 24,5 km, accumulates a positive slope of 1.616 m. and amounts to seven tops of more than 2.000 m. of altitude, among them Peña el Oso, the highest in El Espinar and which gives its name to the club, as well as being one of the Dead Woman. The organization proposes a shorter and less difficult alternative route in which Peña el Oso will also be crowned on a route of about 18 km. and a positive slope of 1037 m. The climber Carlos Suárez will accompany the participants in one of the routes, as long as his agenda allows.

The two routes allow you to enjoy the wonderful surroundings of the Sierra de Guadarrama. Both are circular, they begin and end in the parking lot of the recreational area of ​​La Panera of La Espinar Station, a place where at the end the participants will eat some beans prepared by the restaurant La Viña. Registration is mandatory, with prices of 5 € for members and 10 € for us members, including activity and food insurance. Registration can be made on the Club website or at the Tourist Office of El Espinar. 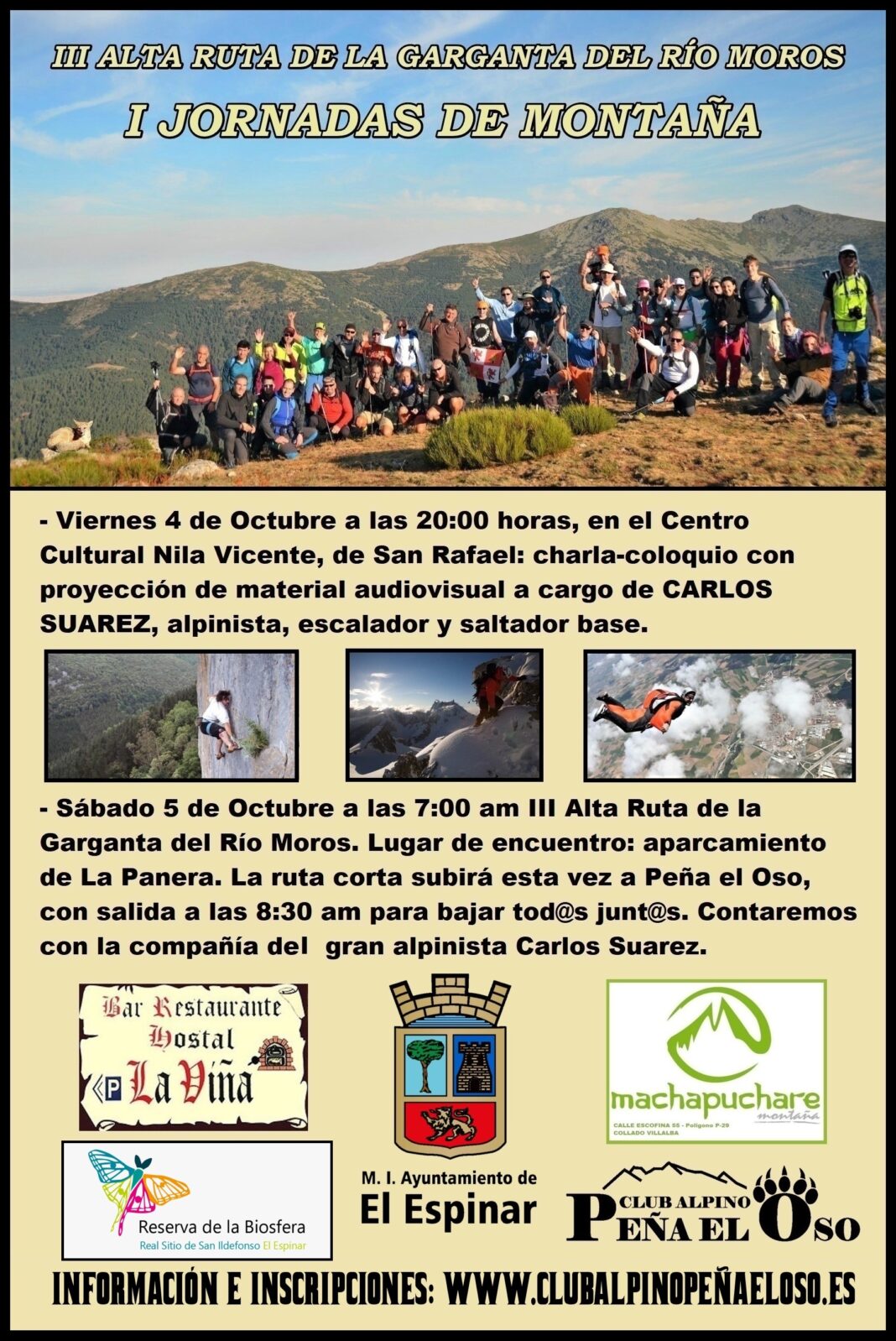