Of all that
Every work of art, every musical composition, every painting or sculpture, is grounded and
built based on everything that the author knew how to absorb throughout his existence
making it the raw material and also the fuel for your creativity. Experiences
of the order of the lived, of the read or heard, intuitions, desires and dreams, constitute
everything that triggers the artistic fact and that, together with the intervention of that
inspiring daimon that Platon was referring to, give birth to those enigmatic and charged works
of various meanings, which we call works of art.
In this exhibition, a set of paintings belonging to the most recent
Carlos León's production comes to confront the rugged walls of the
old church of Santo Domingo, in Pedraza de la Sierra, thus establishing a
dialogue different from the one that usually takes place in the usual exhibition spaces, where
the works stand before pristine walls that add nothing, nor do they steal, to the
conventional contemplation of the same.
The evolutionary adventure undertaken a couple of years ago by Carlos León, in his desire to
delve into the most germinal aspects of everything that has been nurturing its
work from the beginning, it is taking shape in new sets of works, in
new production lines, probably the most risky but also more
achieved throughout his artistic career, some of which are presented in this
exhibition as a scoop.
Offering this sample in a somewhat unusual space, such as doing it on some
ecclesiastical walls loaded, in the Lacanian sense of the term, with the ground and the aura that
significant past confer on them, it is undoubtedly a challenge and an opportunity
contemplative of an order that inevitably places the viewer in a position
different from the usual exhibition visitor, exposing him to an experience
complex that demands of him a somewhat more careful reading and of a greater participation
as far as his gaze is concerned. 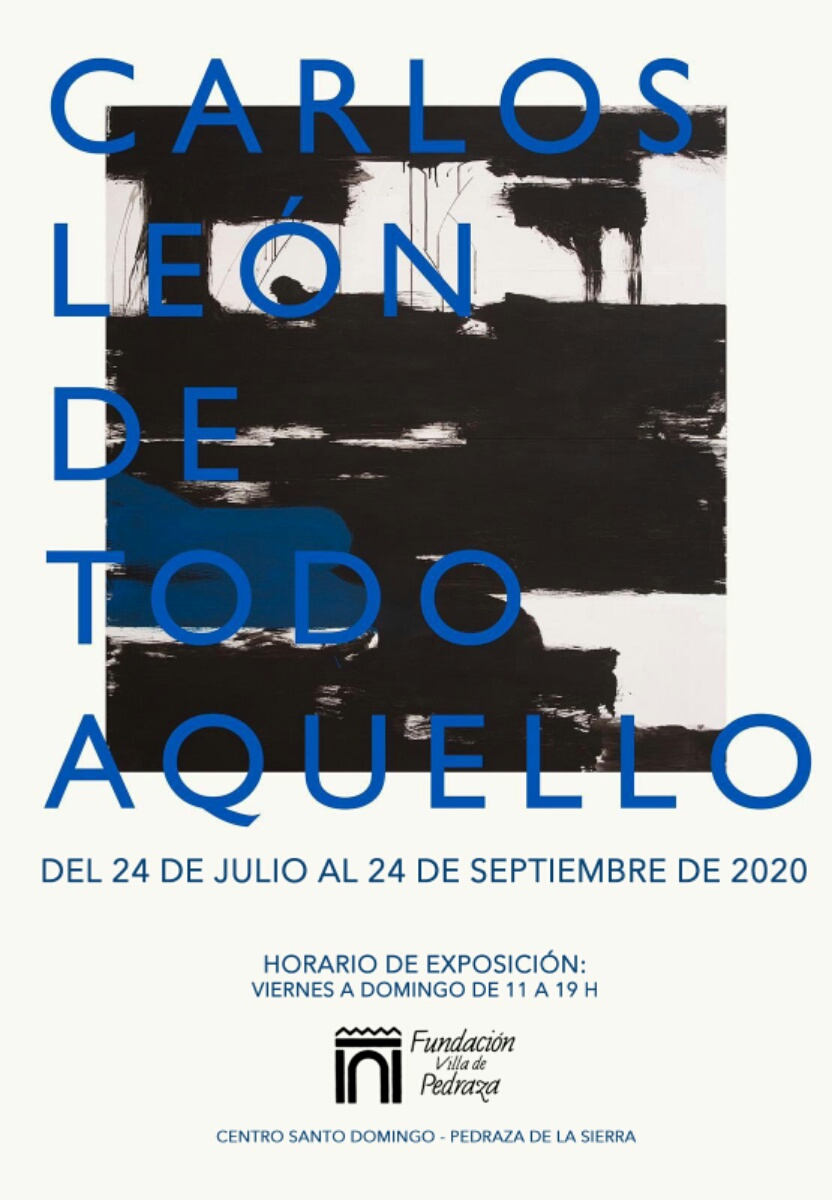