The Castle of the Alburquerque 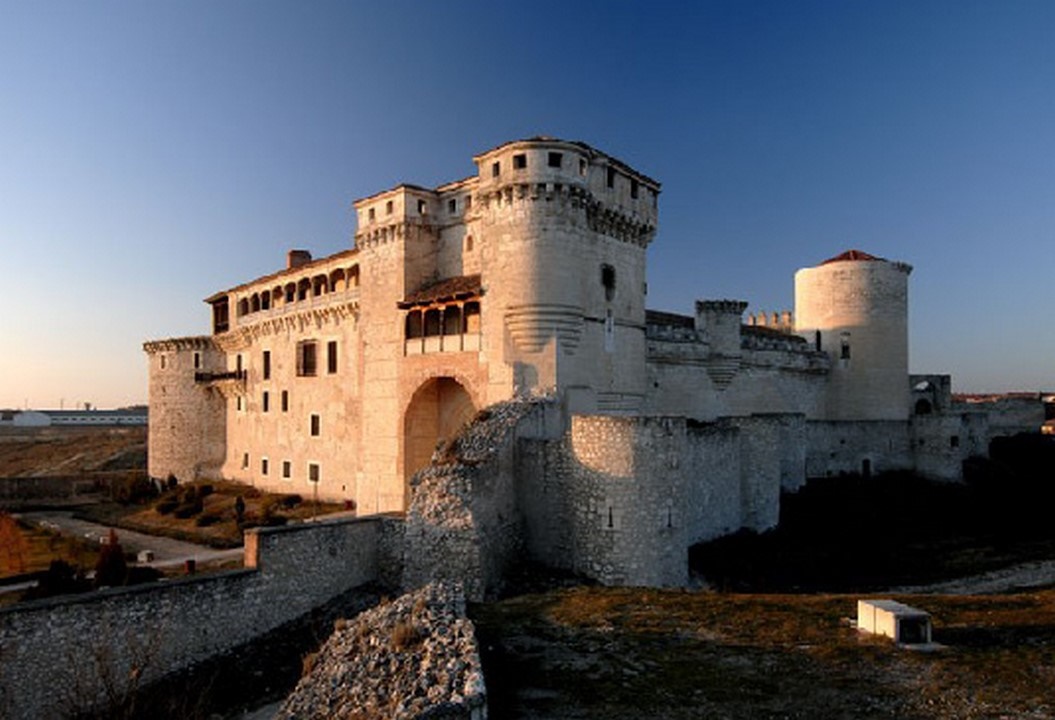 The Castle of Los Alburquerque is a formidable example of the Castilian fortresses. Inside you can enjoy a theatrical tour of the rooms, as well as countless activities.

This building is documented in 1306 and is known as the Castle of the Dukes of Alburquerque, declared a National Artistic Monument in 1931. Don Beltrán de la Cueva, first Duke of Alburquerque, was named Señor de Cuéllar by Enrique IV in 1464. On a primitive building a rectangular fortress was built in Gothic style with towers at its angles. On the south facade stands a Renaissance gallery supported by corbels and below it, a balcony that belonged to the dining room and a large window of the reception room opens. The north facade houses the main door with the coat of arms of Castilla y León with the slogan of Enrique IV "bittersweet is reign", that of the Cuevas and that of the first wife of Don Beltrán, D »Mencía de Mendoza. Inside, the palace is built, which was built later, around a central courtyard with columns on which a double gallery with arches from the 16th century is built. To this gallery open the rooms with ceilings of coffered ceilings of stucco and carved beams. Other dependencies are the cellar, the armory, the service area and the noble rooms, from where you could access a small Gothic chapel. Later another chapel was built in the garden, in front of the main arch. Throughout its history, the fortification has had different uses. Thus, it was the headquarters of Lord Wellington and refuge of General Hugo during the War of Independence, suffering the plundering of the Napoleonic troops.

It is certain that between these walls José de Espronceda was inspired, exiled in Cuéllar in 1833, to write his romantic novel "Sancho Saldaña or the Castilian of Cuéllar". During the dictatorship it was first political prison, common prison and sanatorium for tubercular patients. At present, the Dukes have ceded their use to the Ministry of Education and Culture, which has installed the Secondary Education Center "Duque de Alburquerque".

It is in short a castle that encloses the reality of many castles built throughout different periods, displaying diverse architectural styles and revealing equally disparate social functions that have been substantially modified over time. At present, through a guided tour, we attend a show that stages some of the most representative aspects of its history. It is a new form of interpretation of the Historical Heritage through a dramatized show, a playful, didactic, exciting visit, that without losing the historical rigor gets involved and identify visitors with medieval, modern and even twentieth century characters. Thus, appear among the public, the Duke, the Duchess, Espronceda, the Marquis of Villena, the soldiers, Nino Salazar, etc. In addition to the great history of the Villa de Cuéllar and its Dukes, there are small stories of popular characters that mark the different social strata between "the top" -the nobility and the clergy- and "those below" -the town and soldiers.