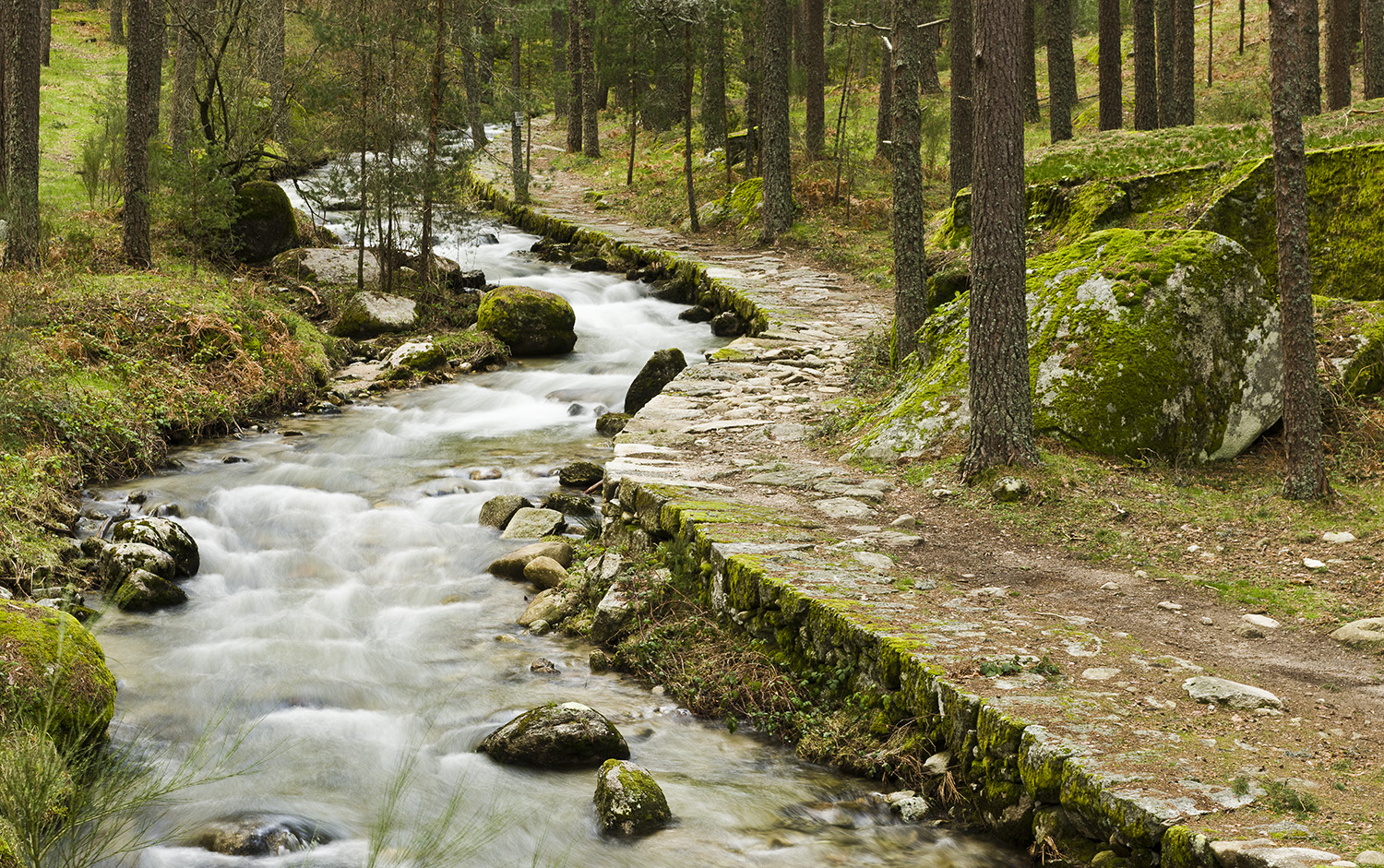 The Sierra de Guadarrama National Park is located in the heart of the Sierra de Guadarrama, from its peaks such as the Peñalara peak at its highest point of 2.428 m, to the slopes of pine forests. With this legal figure, maximum environmental protection is achieved.
You will be able to see various species of animals and plants specific to these mountain peaks.

It is located in the eastern part of the Central System and extends through the peaks of the Sierra de Guadarrama, occupying an area of ​​33.960 hectares, of which almost 64% corresponds to the Autonomous Community of Madrid and a little more than the remaining 36% belongs to Segovia, in the Autonomous Community of Castilla y León. The Peñalara peak, with its 2.428 masl, is the highest altitude peak, and together with four other nearby peaks, of more than 2.271 m, it forms the crest of the striking Peñalara Massif, which extends from the Port of Los Cotos, in N-NE direction, until the Collado del Camino del Nevero.
From here the National Park continues to the northeast following the central axis of the Sierra de Guadarrama, crossing the Port of Navafría, until reaching the summit of Reajo Alto (2.100 m). There is another imposing mountain range, Cuerda Larga, which begins in the Port of Navacerrada and, for 16 km, maintains an altitude of over 2.000 m, with a maximum elevation of 2.383 m in Cabezas de Hierro. The Puerto de la Morcuera marks the end of Cuerda Larga and the beginning of the Sierra de la Morcuera, which is lower than the previous one, and which extends beyond the limit of the National Park. Other mountains and peaks of interest are Siete Picos, which runs between the Puerto de Navacerrada and the Puerto La Fuenfría, Sierra de los Porrones, La Pedriza, Peña del Oso (2.196 m) and Montón de Trigo (2.195 m).

The National Park occupies 33.960 hectares of the Sierra de Guadarrama in the Central System, a mountainous massif that divides the Castilian plateau in two and separates the hydrographic basins of the Duero and the Tagus and the provinces of Segovia and Madrid. Most of its surface is occupied by the peaks dominated by rocky outcrops and tall grasses and bushes.
During the processing of his statement, at some point, it came to be called “de las Cumbres de la Sierra de Guadarrama”, but the inclusion of extensive pine forest and other not so extensive areas of melojar that occupy the bioclimatic supra and oromediterranean floors caused that the name "of the summits" lost its meaning.